«A massive wave of urbanization is propelling growth across the emerging world. This urbanization wave is shifting the world’s economic balance toward the east and south at unprecedented speed and scale. It will create an over-four-billion-strong global “consumer class” by 2025, up from around one billion in 1990. And nearly two billion will be in emerging-market cities. These cities will inject nearly $25 trillion into the global economy through a combination of consumption and investment in physical capital.» 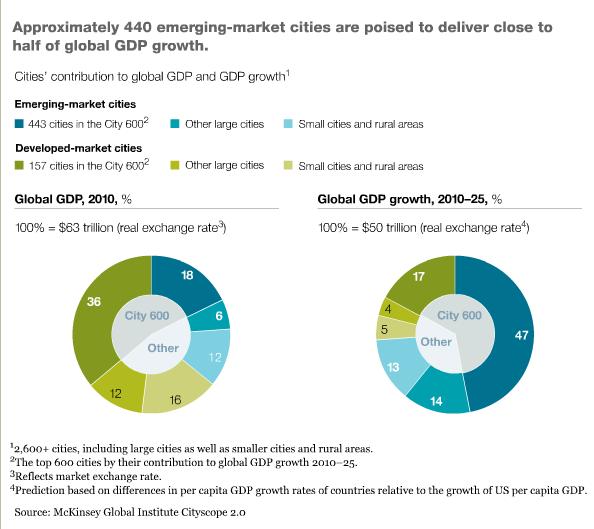