I would also add reject the lies some call alternative facts and turn down conspiracy theories.

A oposição parecida com a situação

I would say even more, read books, for example this one.

Will Russia need to be humiliated in Ukraine?

«As Putin’s war against Ukraine drags on, Russia now faces the very real prospect of defeat. There are still difficult weeks and months ahead for Ukraine, and you cannot wholly discount the possibility of a dangerous escalation still in the war. But Putin has failed to attain his initial aims (the capture of Kyiv) and now looks likely to fall short of his secondary and much more modest aim of capturing Donbas. The war has turned into a protracted affair. That in itself is a defeat for the Russians.

Russia’s humiliation in Ukraine has untold benefits, not least for Russia itself. We have heard it said for years that Russia must be indulged and humoured because, if not, it will resent having lost its great power status. The Soviet collapse, we were told, was a terrible catastrophe from which aggrieved, embittered Russians never recovered. So they need to be respected. They need to stand tall and proud. God forbid if they are humiliated because who knows what they will do.

I witnessed the Soviet collapse first-hand. It was, without doubt, a traumatic experience. There was poverty and misery and chaos and a far-right backlash. Rabid nationalists rallied under their revanchist banners. And then Russia invaded Chechnya in a brutal attempt to recover its tainted pride by bringing defiant separatists in the region to heel. And we watched and commiserated because, you see, the Russians had a good reason to be resentful: they lost the Cold War!

Yet in 1991 there was a sense among many Russians that the USSR was not so much defeated as it folded under its own weight. Too many refused to accept that the Soviet collapse was the outcome of years of economic mismanagement and imperial hubris – and so they looked for traitors instead. Mikhail Gorbachev, in particular, was singled out for his naïveté, if not malice. In the blame-shifting game of the 1990s, someone had to be assigned responsibility for Russia’s woes: the traitor Gorbachev, the drunkard Yeltsin, the rapacious oligarchs, and of course the devious western advisers who had always sought Russia’s demise.

Out of the chaos and weakness of the 1990s arose Vladimir Putin who promised to deliver order and strength. Putin’s abuse of power, corruption, violation of human rights and erosion of democratic institutions were all tolerated in the name of that promise of strength. Russia may have been poor, corrupt, and authoritarian, but Putin was seen as investing in the military and restoring Russia’s ‘greatness’. And some Russians have always been suckers for greatness. They would sell their last shirt for its elusive promise.

Every year Putin’s Russia holds Victory Day parades. These used to be grandiose affairs. Tanks would roll. Planes would fly. And soldiers would goose-step in unison across Red Square as the ageing dictator looked on. I detested these militaristic displays, which had so little to do with the remembrance of the Second World War, and so much more to do with state-sponsored ‘greatness’. And yet I am certain I speak for many Russian liberals if I were to admit that somewhere in the depth of my ‘humiliated’ conscience I, too, was stirred by the sound and fury. It took a conscious effort to purge the poison of militarism – an effort too many Russians were simply unwilling to make even if they recognised the problem. And they didn’t.

Russia needs proper humiliation. It needs a humble recognition of its diminished status, an acceptance of guilt, and a slow, painstaking effort to rebuild the trust of those it has wronged. Russia did not learn this lesson in the 1990s. It must learn it now.

True greatness lies not in hideous military parades, nor in promises to unleash a nuclear Armageddon. True greatness lies in acceptance of the past, and a willingness to make amends. It lies in the commitment to build a better future, in a country that could become known for its schools and hospitals rather than its tanks and missiles.

The real source of Russia’s humiliation has always been Russia itself: its arrogant, autocratic rulers and the chauvinistic populace that slavishly worship them. Russia’s defeat in this unjust, criminal war against Ukraine may help shift the domestic narrative in Russia towards accepting the country for what it really is, rather than what it has vainly pretended to be. It is only then that Russia can, finally, be at peace with itself and with its neighbours.»

Why Russia needs to be humiliated in Ukraine, Sergey Radchenko, professor at the Kissinger Center, School of Advanced International Studies, Johns Hopkins University in Washington D.C.

«Russian forces are struggling in Ukraine – the latest fiasco being the destruction of almost an entire battalion while trying to cross the Siverskyi Donets River. But the sanctions war? That does not appear to be going quite so badly for the Russians. At the beginning of the invasion there were assertions that this might be the first conflict won by the West by economic forces alone, without the need for a single western soldier to fire a weapon. Sanctions were immediately imposed, as well as the freezing of Russian assets. But two-and-a-half months on it is western economies which are struggling to cross metaphorical rivers, while the Russian economy has managed to dig in surprisingly well.

EuroIntelligence looked at figures for the Russian balance of payments – something the country no longer publishes, but which can be calculated from the figures other countries publish on their trade with Russia. Remarkably, it found that the value of Russia’s imports fell by 44 per cent last month – but the value of its exports rose by 8 per cent. While Europe talks of trying to reduce its reliance on Russian oil and gas, it is still importing significant volumes.

Moreover, the price that Europe is having to pay for its oil and gas has surged as a direct result of the war – in other words, sanctions are helping to boost the value of Russia’s exports. It is not just oil and gas, either: Europe continues to rely on imports of nickel, chrome, copper, palladium and aluminium. While European countries have at least tried to cut their imports from Russia, many of the country’s other buyers see no need to do so: the value of China’s imports from Russia surged 56 per cent last month. Much of the oil and gas which has stopped flowing to Europe has simply been redirected to Asia.

This doesn’t mean everything is rosy with the Russian economy. The 44 per cent plunge in Russia’s imports last month tells a story of its own: foreign goods which were previously being bought by Russian consumers are no longer getting through. But what it does mean is that Russia’s trade balance is rapidly building a surplus. Last year, Russia had a trade surplus of $120 billion: this year it could be twice that. Russia might have been militarily embarrassed and its citizens might be suffering from shortages in the shops, as well as losing their freedoms as a result of Vladimir Putin’s repressive rule. But the West won’t drive Russia to bankruptcy – at least for the foreseeable future.»

Agora, com a inflação a caminho, as medidas para a conter, depois de mais de uma década de alívio quantitativo e em cima dos incentivos relacionados com a pandemia, do aumento do preço dos combustíveis e, por último, das consequências da invasão da Ucrânia, arriscam-se a  criar uma recessão, como faz notar o texto seguinte da Economist.
«Uncle Sam has been on a unique path because of Mr Biden’s excessive $1.9trn fiscal stimulus, which passed in March 2021. It added extra oomph to an economy that was already recovering fast after multiple rounds of spending, and brought the total pandemic stimulus to 25% of gdp—the highest in the rich world. As the White House hit the accelerator, the Fed should have applied the brakes. It did not. Its hesitancy stemmed partly from the difficulty of forecasting the path of the economy during the pandemic, and also from the tendency of policymakers to fight the last war. For most of the decade after the global financial crisis of 2007-09 the economy was hung over and monetary policy was too tight. Predicting inflation’s return was for those who wore tinfoil hats.
Yet the Fed’s failure also reflects an insidious change among central bankers globally. As our special report in this issue explains, around the world many are dissatisfied with the staid work of managing the business cycle and wish to take on more glamorous tasks, from fighting climate change to minting digital currencies. At the Fed the shift was apparent in promises that it would pursue a “broad-based and inclusive” recovery. The rhetorical shift ignored the fact, taught to every undergraduate economist, that the rate of unemployment at which inflation takes off is not something central banks can control.
In September 2020 the Fed codified its new views by promising not to raise interest rates at all until employment had already reached its maximum sustainable level. Its pledge guaranteed that it would fall far behind the curve. It was cheered on by left-wing activists who wanted to imbue one of Washington’s few functional institutions with an egalitarian ethos.
The result was a mess which the Fed is only now trying to clear up. In December it projected a measly 0.75 percentage points of interest-rate rises this year. Today an increase of 2.5 points is expected. Both policymakers and financial markets think this will be enough to bring inflation to heel. They are probably being too optimistic again. The usual way to rein in inflation is to raise rates above their neutral level—thought to be about 2-3%—by more than the rise in underlying inflation. That points to a federal-funds rate of 5-6%, unseen since 2007.
Rates that high would tame rising prices—but by engineering a recession. In the past 60 years the Fed has on only three occasions managed significantly to slow America’s economy without causing a downturn. It has never done so having let inflation rise as high as it is today.»
Publicada por Impertinente à(s) sexta-feira, maio 13, 2022 1 comentário:
Etiquetas: Alguns dedos não pertencem à mão invisível, Desfazendo ideias feitas, prognósticos só no fim do jogo, Quantitative easing 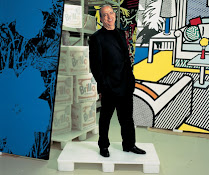 Say what you really think, especially if what you think is not popular.