«Do countries with less democratic forms of government necessarily have lower literacy rates as a consequence? Using a random sample of more than 9000 individuals from military archives in 20th century Portugal, we show that 20-year old males were 50% more likely to end up literate under a nondemocratic regime than under a more democratic one. Our results are robust to controlling for a host of factors including economic growth, the disease environment, and regional fixed effects. We argue for a political economy and cultural explanation for the relative success of the authoritarian regime in promoting basic education.»

«I was born in the Jordanian-occupied Old City in Jerusalem and lived in a UN refugee camp from 1966 until 1999. During the First Intifada, I worked for B’Tselem, the Israeli Information Centre for Human Rights in the Occupied Territories, and in 1996 I founded the Jerusalem-based Palestinian Human Rights Monitoring group. With my background in Palestinian campaigning and as a resident of East Jerusalem today, you might assume that I am against Israel’s current military actions. But this could not be further from the truth. The blame for this month’s bloodshed lies solely at the feet of Hamas.

Those who wish to divert attention from Hamas’s war crimes would like to blame the latest conflict on a complicated legal dispute in the Sheikh Jarrah neighbourhood. But this was a private matter between Jews who have a property deed from the 1800s and the residents of four homes who have refused to pay rent. This cannot be framed as ‘ethnic cleansing’. It is little more than a landlord-tenant squabble. It should have been a matter for the local courts, but instead this small-time event wound up in an appeal at the supreme court, and hit the press. Hamas quickly saw an opportunity.

Prime Minister Mahmoud Abbas, the leader of the Fatah party, is at his weakest point in many years. He had just cancelled parliamentary elections because he knew he would lose. Hamas saw Sheikh Jarrah as an opportunity to show Palestinians in Jerusalem and elsewhere that they could ‘do something’ while Fatah could not. They spread lies and propaganda on social media, deliberately inciting violence among Palestinians in East Jerusalem. Hamas then ‘responded’ to the riots by firing rockets indiscriminately towards Tel Aviv and Jerusalem, guaranteeing an Israeli military response.

Hamas does not care where these missiles land: as many as one in seven, in fact, have been reported by the Israel Defence Forces to have crashed down within Gaza during this latest round of fighting, resulting in 20 casualties. They see a lopsided body count as a positive development, as it allows them to claim that Israel is the aggressive party in the conflict they started. This Islamist terror group is dangerous for our people: we cannot continue to be a conduit for their work.

Hamas is not fighting for a human rights cause; they are committing war crimes to boost their political standing. A recent video showed the Hamas leadership celebrating missile launches from a party in Qatar. These people are out of harm’s way. They leave their foot soldiers, often young and desperate men with no employment prospects, to launch the attacks from residential buildings. We recently saw an Israeli strike on a tower that housed Al Jazeera, AP, and other news outlets. According to Israeli sources, Hamas maintained military intelligence offices in the building and had previously launched attacks from that exact location, using the foreign media as human shields. The Israeli intelligence was enough for the Americans to accept the strike head of the event. ‘We showed them the smoking gun proving Hamas worked out of that building,’ a senior diplomatic source told the Jerusalem Post. ‘I understand they found the explanation satisfactory.’

You never would have heard about this in the western media though, because the reporting out of Gaza is not honest. Hamas tightly controls all press access and foreign media have the choice of reporting the news the way Hamas tells them to, or not being allowed into Gaza at all. Almost all of them choose the former.

Palestinians are forced to choose between the corrupt, ineffectual Fatah and the fanatical, genocidal Hamas. Of course, this is largely an academic debate. There is no real ‘choice’ – there has not been an election in 15 years. But there is another, more pressing issue than the depressing state of our current leadership: the refusal to recognise the reality that Israel and the Jews are here to stay.

Seventy-three years have passed since Israel was established. Egypt, Jordan, Morocco, Bahrain, Sudan, and the United Arab Emirates all understand that Israel is not a temporary stain on the map, but a permanent feature of the Middle East. Unfortunately many Arabs, including most Palestinians, still deny this obvious truth.

Obsessing over the Israeli-Palestinian issue has been a disaster for the Arab world: it has held back our development for generations and cost the Palestinian people dearly. Israel is still here – and isn’t going anywhere. The Arab world is large and there is plenty of room for all of us. We have been blessed with natural resources that could provide bountiful opportunities. Instead of focusing our wealth and talent on creating a better life for us, our leaders have spent decades fighting Israel. It is long past time for all Arabs to stop wasting resources trying to conquer a tiny country that we will never defeat. Only then will we have peace and prosperity.»

Hamas, not Israel, is to blame for the latest bloodshed, Bassem Eid na Spectator

Outros portugueses no topo do mundo. 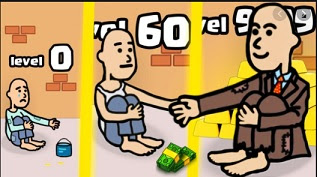 «In Israel last month, a video on the social media platform TikTok encouraged users to film themselves assaulting Orthodox Jews. That video became a spark that ignited outrage across the country. A band of Jewish extremists, Lehava, organised a march in response. They clashed with Arab groups at Damascus Gate. In a situation that was already a tinderbox, things escalated from there.

Why did it happen? Why would any ordinary person get pleasure from assault? ‘There is a competition for likes and views,’ a 15-year-old victim told an Israeli news organisation. ‘A video of an Arab slapping an ultra-Orthodox man will get you both.’ A violent riot set off by teenage longing for likes. Welcome to the TikTokisation of global politics.

The genius of a social media algorithm is to find out what you like and give you more of it. YouTube brought videos. Facebook and Instagram brought photos. Twitter added argument and then soon ended up exerting a powerful hold over traditional media. But the big entrant in the past few years has been TikTok, which combines all of those elements in arguably the most addictive format yet.

The Chinese-owned social media platform has about 730 million users worldwide, of whom an estimated ten million are in Britain. To its fans, it’s a harmless stream of silliness. To critics, it’s an inferno of narcissistic rubbish. In just a few minutes, a user can watch everything from inspirational baking recipe videos and make-up tutorials to viral challenge clips — in the vein of the famous ice bucket challenge, which raised more than £150 million worldwide for motor neurone disease. But as the Israeli video shows, it’s not all so wholesome.

It’s not that violent clashes in Jerusalem are anything new. The difference today is that any one incident is far more likely to be filmed, uploaded and shared to millions within a matter of minutes. This has a radicalising effect, especially since clips can be edited to inflame passions. Last week, a video circulated of an Israeli car being stoned — then the driver ramming the crowd. The clip went viral in Gaza. At the same time, outrage in Israel was stoked by a film of a Jewish man being beaten up and ending up in hospital.

‘Everyone is calling it the TikTok intifada,’ Dr Tehilla Shwartz Altshuler, a senior fellow at the Israel Democracy Institute, said last month. ‘We are only seeing the tip of the iceberg.’ Her point was that TikTok videos are at least visible. The Jewish youth are more likely to use WhatsApp, which is private (and often impenetrable even to intelligence services), so it is harder to know what is being shared. But the trend is well understood: filming and sharing violent videos accelerates conflicts. And it’s never been easier to film or share.» 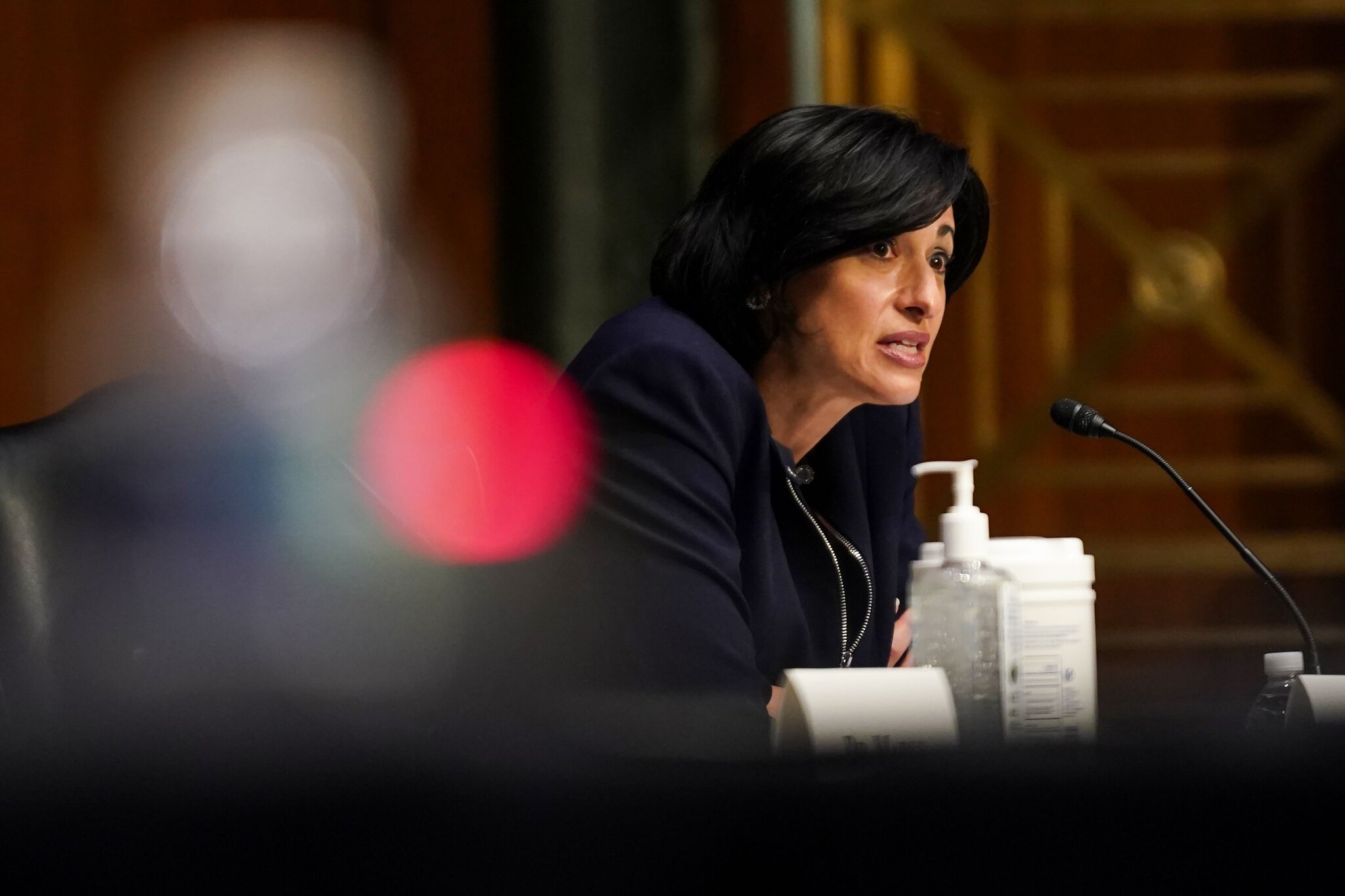 «The head of the Centers for Disease Control and Prevention, facing blowback over the agency’s new liberalized mask guidelines, offered a stark reassurance on Sunday: Only unvaccinated people are at risk if they take off their masks.

“If you are vaccinated, we are saying you are safe, you can take up your mask and you are not at risk of severe disease or hospitalization from Covid-19,” the C.D.C. director, Dr. Rochelle P. Walensky, said on “Fox News Sunday.” “If you are not vaccinated, you are not safe. Please go get vaccinated or continue to wear your mask.”» (NYT) 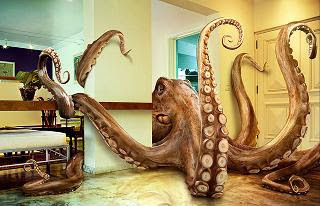 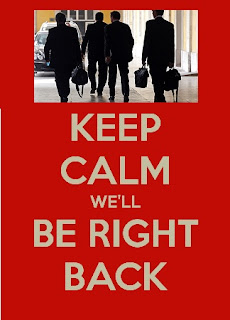 Quote of the day - A matter of degree, not kind 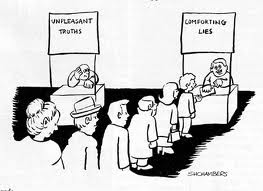 «The difference between repression of truth and a lie is a matter of degree, not kind. Untruth corrupts the soul and the state alike, and one form of corruption feeds the other.»