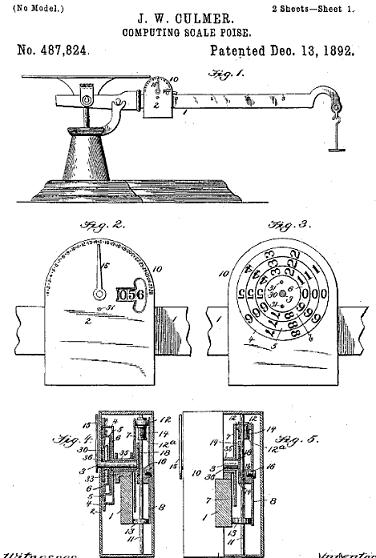 «In 1892, J.W. Culmer filed a patent for a device he called a "Computing Scale-Poise". The patent describes the devices as follows: "My said invention comprises a sliding device which contains in itself the computing mechanism, the operation of which is effected by the sliding of such device upon the scalebeam of a weighing-scale or the movement of such device in its adaptation for computing the value of articles otherwise measured."»