If Obama’s economic policies work so well, why isn’t Detroit a paradise? 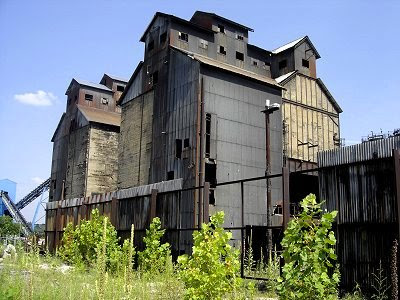 One really has to ask the obvious question: If Obama’s economic policies work so well, why isn’t Detroit a paradise?

In 1950, America produced 51% of the GNP for the entire world. Of that production, roughly 70% took place in the eight states surrounding the Great Lakes: Minnesota, Wisconsin, Illinois, Indiana, Michigan, Ohio, Pennsylvania, and New York.

The productive capability of this small area of earth staggers the imagination. Virtually everything that rebuilt the industrial bases of Europe and Japan came from those eight states. Cars, planes, electronics, machine tools, consumer goods, generators, concrete - any conceivable item manufactured by industrial humanity poured out this tiny region and enriched the world. The region shone with widespread prosperity. People migrated from the South and West to work in these Herculean engines of industry.

The wealth, power and economic dominance of the region at the time cannot be overstated. Nothing like it has existed in human history.

Yet, a mere 30 years later, by 1980, we called that area the “rustbelt” and it became synonymous with joblessness, collapsing cities, high crime, failing schools and general hopelessness.

What the hell happened?